The OSH Act and OSHA

The OSH Act and OSHA

The Occupational Safety and Health Act (OSH Act) was enacted in 1970 to assure that workers had a safe and healthy working environment. The Occupational Safety and Health Administration was formed in order to carry out this mission, as well as to encourage and assist states by providing research, information, and training while instituting enforceable standards. Since its creation, workplace fatalities have been reduced by over 60 percent and occupational injury and illness rates have declined by 40 percent.

On January 15, the Occupational Safety and Health Administration (OSHA) raised civil penalties by 1.8%. The increase is an annual inflation adjustment as required by the Inflation Adjustment Act. The new penalty amounts take effect immediately and are applied to any penalties assessed after January 15.

The penalty increases for workplace safety and health violations include:

Serious Violation – could cause an accident or illness that would likely result in death or serious physical harm; maximum penalty increases to $13,494

OSHA has the authority to inspect, investigate and keep records of employers throughout the United States. OSHA has increased its enforcement efforts focusing on addressing violations, conducting 33,401 inspections in fiscal year 2019, more than the past three years.

What happens during an OSHA Inspection?

An OSHA inspection begins with a Compliance Safety and Health Officer (CSHO) arriving at your facility and presenting his or her credentials.

At the opening conference, the compliance officer will explain why OSHA is inspecting the workplace. OSHA may undertake an inspection:

As part of the walkaround, the compliance officer will also review your records, injury and illness logs, and ensure that the official OSHA poster is properly posted.

The best way to avoid citations is to remain vigilant for hazards and continuously improve your safety program to address them. ReSolve can make sure you are well prepared when OSHA comes knocking. Our experienced safety specialists can inspect your site or walk you through a Mock OSHA Audit and provide recommendations to improve your safety program. Contact us to learn more about how we can help. 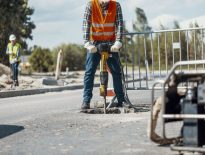 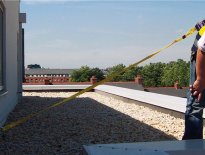