Being outside during the summer months is exciting. So many trips and sites to see. Or for those students who spend their fall and spring days inside the classroom, the summer is a great time to mow lawns, make some extra money, and get some exercise. For others, summer days are just hot and humid and another part of the job. Whatever the reason for being outside, the fun and work can quickly turn you on your head if you’re not careful due to heat exhaustion.

Heat exhaustion is something many people are aware of, but do not understand completely. It’s caused when the body sees a rise in internal temperature and can cause damage to tissues and organs. Since 2010, there have been at least 20 deaths related to heat and, in 2006, the second hottest year on record currently, 3,100 US workers missed work due to heat and 44 heat-related deaths occurred. Now, 2017 is on par to be nearly as hot as 2016, which was the hottest in history. But heat exhaustion can be caught, and even prevented.

A major concern of heat stroke during the summer involves athletes. From 1931-1959 only five athletes died from heat, increasing up to 103 from 1960-2000. Heat stroke is also one of the three leading causes of sudden death in sports activities. A common symptom among athletes, though, isn’t so much physical as it is mental: denial. Athletes are asked day-in and day-out to push their bodies beyond their physical limits and strive for a higher jump, faster mile, or throwing the football further. Pushing their bodies beyond their limits is a part of their day job, so when some symptoms of heat stroke arise, they just think nothing of it, and keep going. And while this occasionally helps them perform on the field better, at what cost could it come at? The highest risk of heat exhaustion is among high school football athletes. If the athlete continues to push themselves, it falls on the coaches and trainers to have a watchful eye out for symptoms and immediately get medical assistance before it is too late. Parents can also help keep a watchful eye out on their children. Always having water prepared for them before they go and making sure they rehydrate during the evenings. Parents can also look out for symptoms and alert coaches that their child has been extra tired of late. Here are some other risk factors, other than being an athlete.

One of the primary factors is that people are unaccustomed to the heat. Take daily exercise, for example. Even experienced runners take time to get acclimated as the temperature rises. If a runner takes a few weeks off at the end of spring, or is on vacation somewhere warmer than their home climate, it is not recommended they run their normal time and pace if running during the middle of the afternoon. They should either run early morning or later in the evening. If they must run during the afternoon, they should not push themselves as hard as they normally would. It can take anywhere from five days to three months to get fully acclimated to the heat. Staying hydrated helps prevent illness, but you do not have to be dehydrated to have a heat stroke. Adding ice cubes and cooling down your water can help keep your internal temperature cooler for longer.

Some other risk factors to take into consideration when spending your time outside during the hottest time of the year:

• Age: Infants and younger than 4 and those over 65 are at a higher risk.
• Medications: Drugs that treat high blood pressure, heart problems, reduce allergy symptoms, or reduce psychiatric symptoms can affect the body’s ability to remain hydrated.
• Obesity: Extra weight can affect how your body regulates internal temperatures and retains more heat.
• Higher Heat Index: Those outside should take precautions with a heat index of 91F or higher.
• Drinking alcohol: After consuming alcohol, the body will need anywhere from 12-24 hours of full hydration before attempting to do any type of outside work.
• Pregnancy: Those pregnant should exercise extreme caution while being out in the sun for extended periods of time while pregnant.

Other signals or warning signs to look out for are dark or bright red tongue and gums, as well as, sticky or dry tongue. Bloody diarrhea or vomiting can also be a sign of heat stroke, usually accompanied by a headache or faintness.

When a heat stroke or heat exhaustion is taking place, the treatment seems simple enough. Immediately find shade or a cool spot to rest. An air-conditioned room is best. You want to lower your body temperature as quickly and safely as possible. Drinking cool, but not icy, fluids helps. Extreme cases call for individuals to submerge themselves in cold water and even ice baths. Whether athlete, worker, or casual jogger, always be hydrated and self-aware when you go outside during the summer. 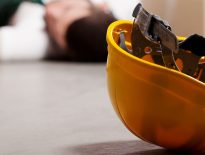 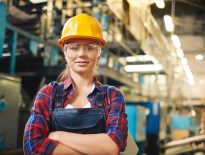 Safety Info How to Implement A Workplace Safety Program